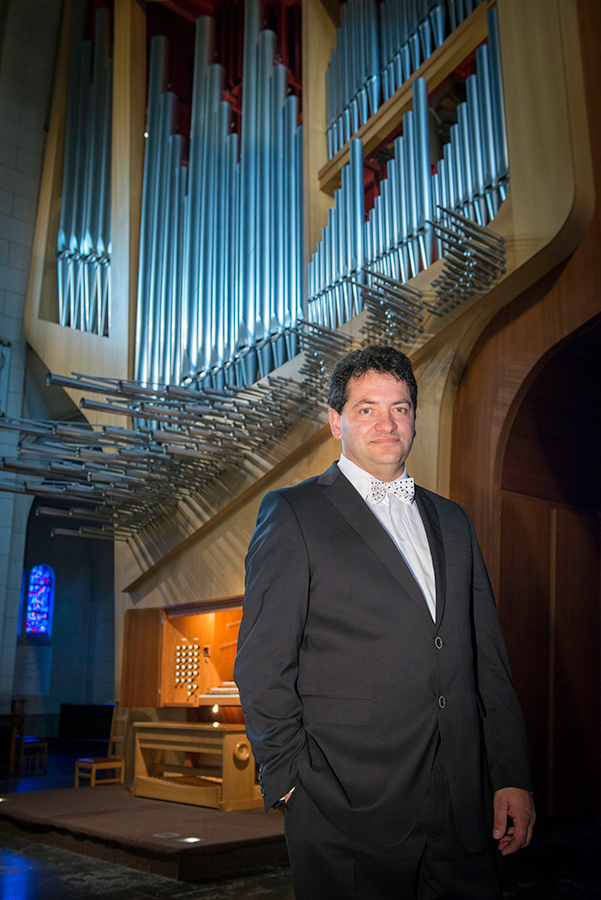 Kristiaan Seynhave studied at the Conservatory of Maastricht with Kamiel d’Hooghe and at the “Conservatoire National de Paris” with Odile Pierre.

He completed this education with master classes under the expert guidance of Flor Peeters, Albert De Klerck, Michel Chapuis and André Isoir.

He became the laureate of 6 international contests and in 1998 he won the first price at the “International César Franck-Concours” in Haarlem. Kristiaan Seynhave was during 10 years organist-titular  of the National Basilica in Koekelberg-Brussels, the fifth largest church in the world.

Now Kristiaan Seynhave is much in demand as a sole performer at international music festivals (Brussels, London, Amsterdam, Vienna, Kiev, Edinburgh, Bonn,…). He has performed many times the complete organ work of J.S. Bach, C. Franck and F. Liszt.

His concert repertoire includes over 100 hours of music, he has played for radio- and television stations and has made CD-recordings that were largely applauded by the international press and he has been awarded on several occasions. He has been getting a unanimous good press for his virtuosity and personal vision.